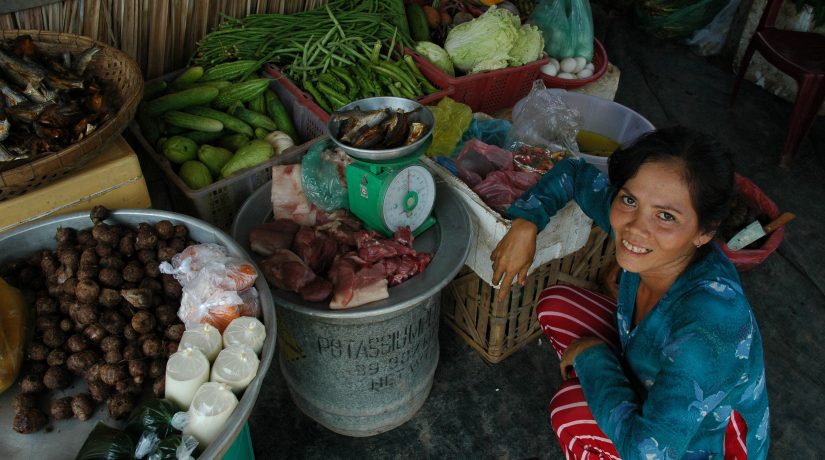 In its steady affirmation as a civilian power, the European Union (EU) has become a predominant global trade actor, reshaping economic and social relations worldwide. By acting with one, single voice the EU has grown into one of the biggest players on the global trading scene, becoming deeply interconnected in global markets. The EU currently stands as the world’s largest trading block, the world’s largest trader of manufactured goods and services and the largest recipient and provider of foreign direct investment (FDI). In 2017, the EU accounted for more than 15% of world’s overall trade in goods, which peaked at EUR 3.7 trillion in that year – approximately 112 billion higher than for China and EUR 127 billion above the figure recorded by the United States. The EU is also spearheading international trade in services with a resilient, competitive and innovative tertiary sector. In 2016 (latest data available) the total trade in services of the EU amounted approximately to 1.5 trillion, recording a net surplus for trade in services worth EUR 133 billion. It is worth mentioning that, although trade in services accounted for almost 30% of overall trade in goods and services with non-EU partners around the world, its growth was reportedly higher than for trade in goods, implying that transactions in services have increasingly become more substantial for the EU economic performance. The open and predictable investment regime in the EU, derived from its exclusive competence on FDI as part of its Common Commercial Policy (CCP) as established in the Lisbon Treaty in 2009, has also yielded remarkable results. Today, the EU stands as the largest source and destination of FDI stocks in the world, with more than one third of global inward investment located in EU (EUR 7.9 trillion), and two fifths of global outward investment originating from the EU (EUR 9.4 trillion) in 2015 (latest data available).

The prominence of the EU in the global trading scene is accompanied by an increasingly strong affirmation of the Union as one of the largest cooperation and development actors worldwide. At present, the EU alone is the fourth largest global donor, whereas the EU and its Member States stand collectively as the world’s leading donor, providing 57% of all global development aid. In 2017, it is reported that the EU and its Member States jointly provided Official Development Assistance (ODA) worth EUR 75.7 billion, with global ODA amounting to EUR 130 billion. The EU development policy, which is defined as a shared competence of the EU and its Member States in Article 4 of the Treaty on the Functioning of the European Union (TFEU), has the eradication of poverty and promotion of sustainable development in developing countries and least-developed countries (LDCs) as its main cornerstone. Since the adoption of the 2030 Agenda for Sustainable Development by the international community in 2015, the EU has worked towards a New European Consensus on Development which adheres to the Sustainable Development Goals (SDGs) of the United Nations. Adopted in June 2017, this new Consensus, which sets forth a new, common vision for the EU development policy, focuses on interlinkages between different policy domains and cross-cutting elements, blending traditional development assistance with other resources and fostering tailor-made partnerships. The EU has a unique role to play in making a significant contribution to cooperation and development on a global scale, and has the potential to successfully lead global initiatives on international development and poverty reduction if it keeps clinging to its high standards of credibility and legitimacy. To date, the EU has a global presence in more than 140 countries, mobilising long-term aid in beneficiary countries, with programmes spanning over several years to ensure sustainability and efficacy of its interventions.

With the entry into force of the Lisbon Treaty, the sustainability and coherence of EU policies in the Union’s relation with trading partners and beneficiary countries has been reinforced by amalgamating trade, development and other policies under the single umbrella of the EU external action in the TFEU, driven by the respect of principles, values and objectives of the Union laid down in Article 21 of the Treaty on European Union. Therefore, the EU has consolidated a legal basis to connect all relevant supranational policies to the upholding of sustainable development, ensuring that all the dimensions of its external action – first and foremost its trade policy – goes hand in hand with the respect for human rights, high labour and environmental standards, and social justice. The use of the so-called “conditionality” is a reflection of the normative power of the EU at the global level, whereby the EU manipulates market access upon the assumption that the trading partner or the beneficiary country with whom the Union has relations complies with certain political, environmental and social standards.

The new approach set out by the EU, reinstated in the strategy of the European Commission “Trade for All – Towards a More Responsible Trade and Investment Policy”, therefore seeks to leverage Free Trade Agreements (FTAs) and preferential trade programmes such as the Generalised Scheme of Preferences Plus (GSP+) as a vehicle to promote human, social, economic and environmental rights in developing countries and lower-income economies. New-generation deep and comprehensive FTAs concluded or currently negotiated by the EU and preferential trade schemes contain provisions which calls EU’s trade and development partners to follow international labour and environmental standards and agreements, enforce labour and environmental laws, and fight illegal trade that put at risk endangered species of flora and fauna as a necessary pre-requisite to trade with the EU. This encourages more vulnerable countries to ensure their commitment towards human, labour and environmental rights protection if they aim at gaining access to the vast EU market.

For instance, in the EU-Vietnam FTA concluded in 2015 and expected to enter into force in 2018, the EU has included a chapter on trade and sustainable development as integral part of the FTA text, making the respect of certain fundamental labour rights and environmental protection binding for Vietnam. This means that both the EU and Vietnam are bound to respect a core set of labour and environmental obligations. With respect to labour matters, specific provisions in the EU-Vietnam FTA text address the effective adherence to the four International Labour Organization (ILO) fundamental labour standards – namely, freedom of association and right to collective bargaining, prohibition of forced or compulsory labour, prohibition of child labour and non-discrimination in respect of employment and occupation – and ratified ILO Conventions, as well as progress towards the non-ratified ones. On environment, the FTA incorporates commitments to the effective implementation of all the ratified Multilateral Environmental Agreements (MEAs), including the UN Framework Convention on Climate Change (UNFCC). With regard to climate change, a dedicated article further emphasizes the mutual engagement of EU and Vietnam to accomplish climate change objectives. EU and Vietnam also entrenched specific disciplines in the FTA text to avert a “race to the bottom” in labour and environmental rights, meaning that neither EU nor Vietnam can deviate or fail to effectively enforce their domestic labour and environmental laws as a means to attract trade and investment. At the same time, the agreement recognises the right of the two parties to pursue public policy goals and to regulate in the domain of labour and environment, establishing the levels of protection that they deem appropriate even going further – but not below – the commitments enshrined in the ILO conventions and standards, and in the MEAs.

Before the FTA, Vietnam enjoyed preferential market access to the EU through the GSP scheme involving lower-middle income economies. Likewise, other vulnerable low and lower-middle income countries in South and Southeast East Asia have benefitted or continue to benefit from the standard GSP scheme, the GSP+ programme and the duty-free, quota-free Everything but Arms (EBA) initiative for LDCs. For instance, Sri Lanka has re-gained the GSP+ status in May 2017 after having been suspended in 2010 due to a reported failure of compliance with human rights conventions, as well as lack of reforms and progress on sustainable development and good governance. This means that Sri Lankan products enjoys again renewed preferential market access to the EU, provided that the country continues to report improvements (monitored by the EU) in labour, environmental, social and political rights. Following declining human and labour rights conditions, the EU has also enhanced its engagement with three Asian EBA beneficiaries – namely Bangladesh, Cambodia and Myanmar – to press for concrete actions on the improvement of their human rights and labour standards. To make effective the respect of certain conditions under its programmes, the EU is providing technical assistance through the implementation of capacity-building projects in these countries to ensure that they are in a better position to comply with international conventions and standards on labour and environment.

In Myanmar for instance, the EU is part of the “Initiative to Improve Labour Rights and Practices” and has allocated indicatively EUR 688 million in the period 2014-2020 to support the country’s reform process for rural development, agriculture and food and nutrition security, but also education, governance and rule of law, and peacebuilding support. In Bangladesh, the EU is supporting the “Compact for Continuous Improvements in Labour Rights and Factory Safety in the Ready-Made Garment and Knitwear Industry” and has allocated EUR 690 million of aid in the period 2014-2020 to implement development projects focused on economic development, environment, good governance and human rights. In Cambodia, the EU is the largest trade-related assistance donor and is implementing projects worth EUR 410 million in 2014-2020, working on agriculture and natural resource management, basic education and skills development, and governance and administration. In Sri Lanka, the EU has provided more than EUR 760 million in the context of its development cooperation, and is continuing to support multi-year capacity-building programmes with a focus on skills development. The “EU-Sri Lanka Trade-Related Assistance Project” 2016-2020 is a successful example of technical assistance provided to Sri Lankan small-and-medium enterprises (SMEs) to enhance their export competitiveness into regional and EU markets. This four-year EU-funded project is contributing to inclusive trade-led growth and regional integration, supporting Sri Lankan SME competitiveness and value addition in those sectors with high potential for economic growth and development, with a strong focus on training and skills development.

To support increased trade and regional economic integration, the EU is also implementing the ASEAN Regional Integration Support by the EU (ARISE) programme, which will see a continuation in the ARISE Plus in the coming years with a tentative allocation of EUR 41 million. The projects seeks to promote economic integration in the Southeast Asian countries part of the Association of Southeast Asian Nations (ASEAN), with a focus on the removal of technical barriers to intra-regional trade, including the development of a common ASEAN Food Safety Framework and the adoption of the ASEAN Harmonised Electrical & Electronic Equipment Regulatory Regime. Within this programme, the EU is also supporting ASEAN talks on trade facilitation to streamline non-tariff measures (NTMs) and remove non-tariff barriers (NTBs) that hamper SMEs’ participation in intra-regional trade.

In times where free trade is being questioned, the EU is providing a sustainable answer of how free and fair trade can be reconciled. The EU-Vietnam FTA represents the stepping-stone for the negotiation of similar agreements with other partners: already with Indonesia the EU is supporting talks for an FTA which encompasses sustainable development clauses, and similar sustainable development-inclusive FTAs with trading partners will undoubtedly follow. Complementarily, the EU will continue to provide development aid and technical assistance to low and middle-income countries in Asia and in other regions of the world to build their capacity to trade more, and trade better. The EU is thus setting the scene globally to foster more sustainable and inclusive trade, promoting and projecting the Union’s high standards and norms as the benchmark to do business with the EU. Needless to say, the EU will have a major role to play in re-shaping the rules of trade in the years to come, and has the potential to position itself as the global actor that can harness globalisation in a balanced, sustainable and inclusive manner in spite of protectionist surges.