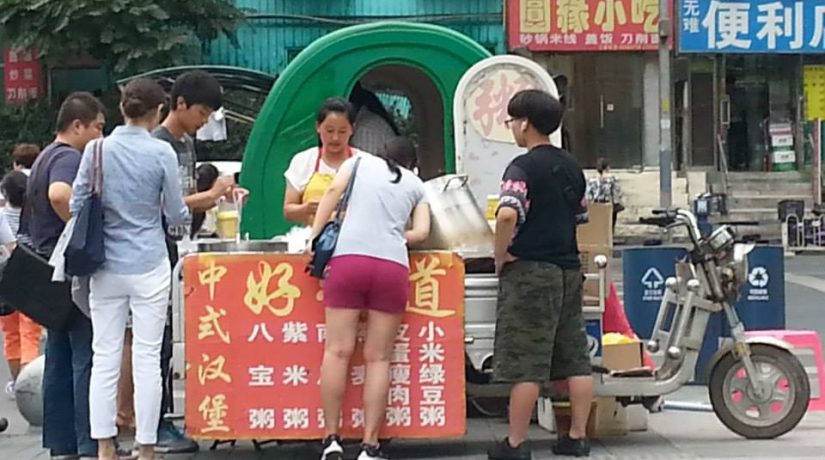 The European countries and China have long been connected. It is documented that the Chinese Empire and the Roman Empire started to engage in commercial relations since II b.c. Through the gradual tightening of such relations, the so-called silk road came to life. It ran for about 8,000 kilometres, and included land, sea and river itineraries. Its name derived from the marvellous material, silk, produced in the East and which the West much craved for. The silk was exchanged with a variety of products new to the Chinese Empire, like precious stones, medicines, and perfumes. Famous is the narrative of Marco Polo (1254-1324) of its journey along the silk road and up to the capital Dadu (now Beijing).

The commercial routes between the European continent and China keep their relevance today. The progress of technology has made of the strenuous journey along the silk road an image of ancient times. Nonetheless, the bond between the European countries and China is increasingly significant. This is so both on an economic, commercial level and on a political one, being among the most powerful actors on the global scene. Indeed, China is currently the biggest source of imports of the European bloc and its second biggest export market. China and Europe trade on average over € 1 billion a day.[1]

In the following paragraphs, the details of such fruitful commercial relation will be investigated. First, the incredible development of China will be discussed. Its shift from a non-market economy to a global economic leader deserves considerations. Second, the position of the European Union (EU) vis-à-vis the Chinese giant will be looked at, bearing in mind both the possible threats deriving from a Chinese aggressive commercial policy and the possible benefits from a closer relation with China.

The Rise of China

China has been experiencing one of the fastest economic growth among developing countries. Although the speed of its development has slowed down over the past years (from 9.5% at the beginning of 21st century, to a more modest 6.8% in 2017),[3] China is managing to affirm itself as one of the key players on the international arena.

China’s extraordinary development has occurred thanks to the economic reforms started in 1978 by reformists within the Communist Party of China, led by Deng Xiaoping. After an initial period of de-collectivization of agriculture and gradual opening up of the country to foreign investment, efforts were made to foster the emergence of the private sector in a context where most industries were State-owned. China’s accession to the World Trade Organisation in 2001 – and its consequent membership in such international organisation which, first and foremost, promotes free and non-discriminatory trade and open markets – led to the reform of a large number of China’s laws and regulations. All recent Five-Year Plans, a series of social and economic development initiatives through which the government shapes China’s economy, confirm and boost this modernisation and internationalisation process. Noteworthy, the latest Thirteenth Five-Year Plan (2016-2020) affirms the aim of continuing the process of structural reform: key goals include the promotion of competition and of participation of the private sector in the economy, and the reform of State-owned enterprises; the focus further shifts to an increasingly more service- and technology-oriented economic growth.

Besides its internal growth, China is also expanding its political and economic influence beyond its borders. Two effective examples show this trend: the Belt and Road Initiative, the recent wave of Chinese investments in Africa. The Belt and Road Initiative, unveiled for the very first time in late 2013, aims to improve the interconnectivity of countries and markets in the Asia Pacific area and Central and Eastern Europe by focusing on infrastructure investments. The Initiative is thought to support the development and economic growth of the area. It is also quite evident that the Initiative has potential to benefit China significantly, both in terms of reduction of trade barriers with neighbouring countries and in terms of use of Chinese excess capacity in certain industrial sectors. With regards to the increasing presence of China in the African continent, it suffices here to notice that Africa, being a largely underdeveloped country, offers great opportunities of profitable and strategic investments. China can derive a twofold benefit from these investment projects: it secures the natural resources it needs to fuel its own economic growth, on the one hand; it affirms its role of economic and political power internationally, on the other hand.

A Threat or an Opportunity for the European Union?

As anticipated, China is a key trade partner of the EU-bloc. The European countries mainly import industrial and consumer goods, machineries and equipment, footwear and clothing. Their exports to the Chinese market are also highly significant and include, primarily, machineries and equipment, motor vehicles, aircraft, chemicals. Exchange of services is increasing too: currently, services amount to more than 10% of the total trade in goods.

Despite the profitable commercial relationship, China keeps raising concerns for the lack of transparency of its administration; for its industrial policies and non-tariff measures that discriminate against foreign companies; for the strong government intervention in the economy, which results in a dominant position of State-owned firms, unequal access to subsidies and cheap financing. If for instance one considers the newly updated Investment Catalogue, where foreign investments are categorised in “encouraged”, “restricted”, or “prohibited”, being otherwise “permitted”, it is evident that a condition of full reciprocity is still far from being achieved. Another area that has long been attracting criticism is the weak protection and enforcement of intellectual property rights. Notwithstanding the many efforts made to improve the intellectual property regime, counterfeiting and piracy remain a major challenge.

The EU is also scrutinising the expansion of the Chinese influence over the surrounding territory. It is not thus a surprise that the European institutions, competent to negotiate trade deals for all Member States, are engaging in trade talks with other Asian countries. The free trade agreement recently negotiated with Vietnam, Singapore, and South Korea confirm this attitude, as well as the open dialogues with further South-East Asian countries.

This notwithstanding, China is and will increasingly be a key commercial partner of the EU. Not failing to recognise so, the EU is putting into place an active policy for a better collaboration with China. Its aim is both to improve the opportunities of European businesses in China, and to encourage China to implement certain reforms for an effective level playing field. In this respect, in 2016 the EU adopted a new strategy mapping its relationship with China for the next five years (2016-2020). Such strategy is focused on four pillars: peace and security; prosperity; sustainable development; people-to-people exchanges. It specifically expresses the intention to promote reciprocity and market access opportunities, as well as a level playing field and fair competition across all areas of cooperation. Key points include the progressive liberalisation of investment, including the negotiations of a Comprehensive Agreement on Investment; the reinforcement of the dialogue on intellectual property to cooperate in combating counterfeiting and piracy, which damages European businesses; commitments towards international standardisation and cooperation in consumer non-food product safety.

A partnership with China is key for Italian enterprises. Not only China continues to experience an extraordinary economic growth. Its market is enormous; many industrial sectors have great potentiality of further development; Chinese consumers’ tastes and preferences are gradually changing and represent and attractive growing demand for Italian exporters.

In 2017, trade between Italy and China amounted to around € 42 billion (+9.2% compared to 2016). Italian exports to China are significantly increasing (+22.2%), with a much more positive trend then imports (+4%).[5] This is causing a notable diminution of Italy’s commercial deficit and places the country among the top European exporters to China.

The political and commercial relationship between Italy and China is also tightening. In May 2017, the Prime Ministers Li Keqiang and Paolo Gentiloni, on occasion of the latter’s visit in China, adopted a new Action Plan (2017-2020) identifying certain key sectors for bilateral cooperation. These include, among others, green technologies, agribusiness, sustainable urbanisation, health services and aerospace. Moreover, Italian and Chinese businesses can rely on a permanent forum (Business Forum Italy/China) that eases information exchanges, industrial plans, and investment.

All the above suggest how an increased dialogue and cooperation between China and the EU would greatly benefit Italy and Italian businesses. The bilateral initiatives started by the Italian government are strengthened where accompanied by the strong action of the EU. The EU, with its greater bargaining power, can indeed better negotiate and promote European (Italian) interests, with regards to, for instance, protection of intellectual property, compliance with production standards, and levelled investments.